SPJ Colorado Pro officers and board members work on behalf of the chapter’s approximately 100 members to improve and protect journalism in Colorado. They plan events, write advocacy letters, coordinate award programs, work with colleges and universities and much more.

Doug Bell, who retired from a 40-year newspaper career mostly as an editor at various Colorado papers, is in his 30th year as a journalism instructor at Metropolitan State University of Denver.
Bell recently assumed the presidency of SPJ Colorado, and his longtime focus on outreach to students and journalism schools continues.
He also serves on the programming committee at the Denver Press Club and chairs the news literacy committee at the Colorado Press Association.

Bell has received SPJ’s First Amendment Award, as well as the Keeper of the Flame honor for career achievement.
He has been a guest speaker at high school and college classes, and also serves on the board for student media at MSU Denver.
In his spare time, Bell plays tennis and ice hockey. He lives in Denver with his wife, Christa, who works in communications for United Launch Alliance.

Ali C. M. Watkins is a multimedia journalist and artist based in Denver.
She graduated from Metropolitan State University of Denver with a degree in Social Documentary and a minor in Fine Art Photography.
When she’s not reporting, she enjoys writing music and spending time with her cats.
She has been secretary for SPJ Colorado Pro chapter since February 2019.

A Chicago native, he graduated from Truman State University in Missouri in 2016, where he was an invitee to the 2016 White House National College Reporter Day.

He previously worked for the Ames (Iowa) Tribune, where he won and placed in multiple Iowa Newspaper Association contests, and the Cedar Rapids (Iowa) Gazette.

Mika currently lives in Fort Collins and spends his time hiking, playing soccer and developing recipes in the kitchen.

Kristina Pritchett is the marketing & events coordinator for the Colorado Sun. She previously was a marketing communications specialist for a nonprofit and a reporter for the Boulder Daily Camera and the Colorado Hometown Weekly.
Before moving to Colorado in 2017, she worked as a city editor for a weekly publication in California, and a reporter and copy editor for a daily newspaper in New Jersey.
She graduated from Rowan University with a degree in Journalism, concentrating on online and print journalism.
While in school, she served on the university newspaper for four years, and was editor-in-chief for two of those years.
She is in charge of communications for SPJ Colorado Pro.

Deb Hurley Brobst is an editor and reporter for Colorado Community
Media, specifically working for the Canyon Courier and Clear Creek Courant.

Before coming to to the newspapers, she spent two decades as a
journalism professor at Metro State University of Denver, and prior to
that, she worked at newspapers in Wisconsin.

She has been an SPJ member for 40 years and has served in different capacities on the Colorado Pro board over the last 30 years. She also served on the SPJ national board from 1991 to 1996 and from 2004 to 2008.

Currently, she’s the coordinator for the Top of the Rockies Excellence in Journalism contest and is SPJ Colorado Pro’s elections chair.

Bob Burdick is retired, and happily so. He served as editor of the Rocky Mountain News (may it rest in peace); president and publisher of The Gazette (Colorado Springs); president and publisher of the
Naples Daily News in Florida; editor of the Daily News in Los Angeles; assistant managing editor for business and special projects at The Denver Post; metro editor of the San Jose Mercury; assistant
managing editor and city editor of The Wichita Eagle in Kansas; night city editor of The Palm Beach Post; and reporter for The Miami Herald, among other positions.

He has been on the board of SPJ Colorado Pro for a number of years, and served two stints as treasurer. He is a former member of the Denver Press Club board, and has served on the boards of the Rotary Club of Englewood and the Alfa Romeo Owners of the Rockies.

He spends a lot of time with his wife, Patty, and their extended family. Son Dave is managing editor / digital for Colorado Public Radio and daughter-in-law Rachel Cernansky is sustainability editor for Vogue Business (she is based in Denver). Bob and Patty spend a lot of time with their two grandchildren.

Fred Brown joined SDX (as it was then called) in 1965, just two years after he began working at The Denver Post. He retired from The Post in 2002, after serving in multiple roles, including political editor, editorial writer, columnist and statehouse bureau chief.

Thirty years ago, he was president of the Colorado Pro chapter.

He also has been SPJ’s Region 9 director, as well as a longtime member and occasional chair of the SPJ national ethics committee, national SPJ president and winner of the Wells Key.

He now is or has been on the boards of Colorado Public Radio, Denver Press Club, Colorado Freedom of Information Coalition and the Sigma Delta Chi Foundation.

He is passionate about responsible journalism. He teaches media ethics at the University of Denver, consults on the same topic and has completed work on a new edition of the SPJ Ethics Handbook. 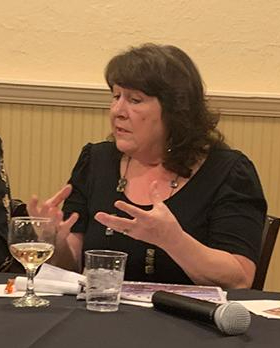 a monthly community newspaper in Denver. She has been an affiliate faculty member in the journalism department of Metropolitan State University of Denver since 2009.

DeGette was an Annenberg National Health Journalism Fellow, and she has won awards from the Education Writers Association, Association of Alternative Newsweeklies and SPJ. She also served as a board member of the Denver Press Club. 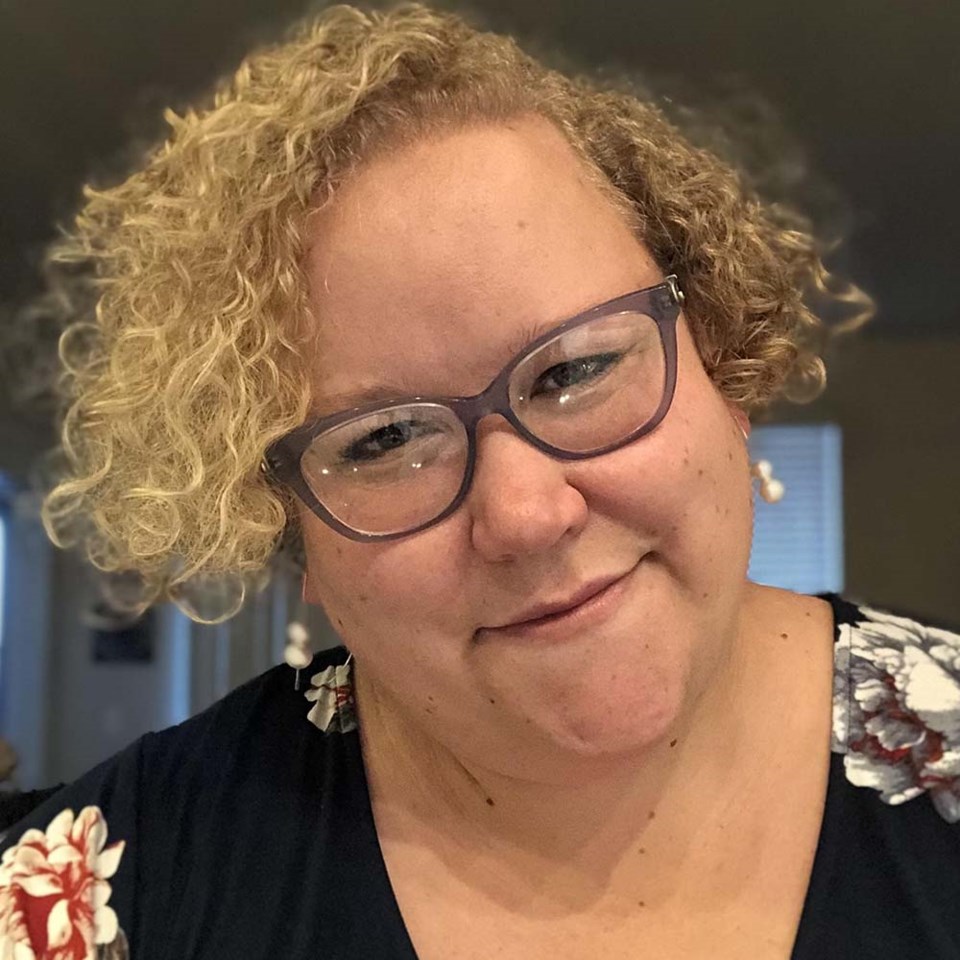 Katie is the assistant editor at the Broomfield Leader, an online news outlet covering the city and county of Broomfield.
She has worked in Colorado journalism since 2015, mainly reporting on K-12 and higher education at the Boulder Daily Camera, Grand Junction Daily Sentinel and Montrose Daily Press.

She holds a bachelor’s degree in journalism from the University of Northern Colorado.
When not digging for scoops, you can find Katie on outdoor adventures with her dog, Cooper, trying new recipes in the kitchen, curled up with a book or planning her next trip.

Katie is in charge of programming for SPJ Colorado Pro.

Beth Potter is pursuing a doctorate at the University of Colorado Boulder. She has more than 25 years as a newspaper editor and reporter both domestically (mostly in Colorado) and overseas.

She worked for about 10 years outside of the United States in the Czech Republic, Iraq and Kenya, among other places.

She had jobs at the Agence France Presse wire service in Iraq and at Reuters news agency in Kosovo, which is part of the former Yugoslavia.

Most recently, Potter was the editor and publisher of three community weeklies in Colorado.

She previously was a business reporter at the Denver Post and an editor or reporter at other newspapers in Colorado, including the Boulder County Business Report and the Daily Camera in Boulder, and the Times-Call in Longmont.

She loves to ski, hike and scuba dine in her free time.

Alfredo Sanchez currently is an Assistant Professor at Metropolitan State University of Denver.

Previous to that, he served as a News Director at KDEN (Telemundo Denver).

He also served as an Assistant News Director for Telemundo 39 in Dallas.  He is an eleven-time Emmy Award winner with more than 23 years of journalism and broadcasting experience.

Sanchez started his career in Costa Rica in 1992 as a sideline Sports reporter for Radio Victoria. He then moved to the U.S. to finish his college education at Louisiana State University where he obtained a Bachelor’s degree in Broadcasting. He later obtained a Master’s Degree from Texas Southern University in Houston.

Sanchez worked for Diario El Dia in Houston as a local news reporter before being hired at the Telemundo local station in Houston in 1999 as a producer. He moved to North Texas in 2007 to work at the Telemundo Production Center where he produced shows for multiple markets including Dallas, San Francisco, Phoenix and Las Vegas. In 2009 he was promoted to Executive News Producer at the TPC and then transitioned to KXTX.

During his free time, Alfredo is a master track and field athlete.

He is married to Lysa Sanchez and has three daughters, Arianna, Kayla and Sofia.

Tony is the managing editor of Law Week Colorado, a weekly publication that falls somewhere between a trade journal and a newspaper that covers the courts, judicial branch and legal industry.

Tony has won awards for his reporting on ethics complaints against a rural district attorney and the representation of immigrants in Colorado detention centers.

His work at Law Week involves writing on news in the legal world as well as managing the newsroom and website for Law Week Colorado. In addition to reporting for Law Week Colorado, he has also freelanced for a city magazine in Columbia, Mo., and has bylines on other websites, newspapers and magazines.

He holds a master’s degree from the University of Missouri School of Journalism. He got involved in journalism after earning bachelor’s degrees in English and communications, and working with nonprofit organizations focused on literacy. He has always been interested in writing, but after developing an interest in government and the duty of journalists, he decided to pursue the profession himself.

Tony has lived in Denver for four years, and when not working, Tony enjoys exploring Colorado’s mountain trails, lounging around Denver parks and finding new books to read.

Ed Otte retired in August 2010 as executive director of the Colorado Press Association.

While at the Tribune, he was on the adjunct journalism faculty at Colorado State University in Fort Collins from 1991-1995, and served one year as president of the Colorado Associated Press Editors & Reporters. He also won a number of state and national awards for columns and editorials while at the Tribune.

Otte worked in newsrooms from 1969-1980 at the Alamosa Valley Courier, Colorado Springs Sun, Grand Junction Daily Sentinel, Santa Fe New Mexican and El Paso Times. On Feb. 18, 2011, Otte received the CPA Friend of the First Award “in recognition of his commitment to a free press and the public’s right to know.”

On Aug. 26, 2010, then-Gov. Bill Ritter signed a proclamation declaring the date Ed Otte Day in Colorado, citing his accomplishments in his journalism career. The Colorado High School Press Association gave Otte its Friend of Scholastic Journalism award on Sept. 11, 2004, “in appreciation of his work to improve journalism education.”

* * *
Past Presidents
[Under Construction]